The biometric recompilation of electoral registers started on February is continuing at Cameroon embassy.

This operation consists in enrolling Cameroonians of Riyadh, Dammam and those of other Gulf countries in age to vote by using the biometric technology.

The first registration took place on February 21st, 2014 at the end of the training workshop organized in Cameroon Embassy in Riyadh by Elections Cameroon. 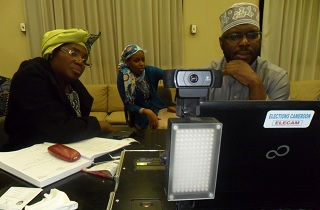 Elecam technical delegation demonstrated to Riyadh’s registration team the functionality of the biometric kit and explained the succeeding enrolment phases. 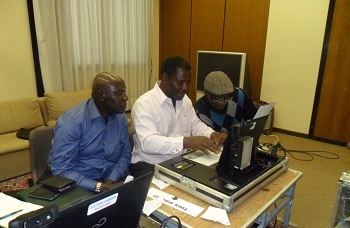