Unity of Cameroon celebrated with zeal in Riyadh 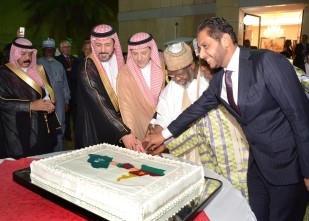 The 47th edition of the National Day celebrated this year under the theme: « Unity in diversity, a major asset of the Cameroonian people in its resolute march towards emergence». Cameroon Embassy in Riyadh, as well as the Consular General in Dubai, has celebrated with 3 weeks delay postponement because of the coincidence with the blessed month of Ramadan.
Cameroon’s National Day is on May 20th and this date marks the birth of the United Republic of Cameroon to now Republic of Cameroon. The ceremony which took place at the Ambassador’s Residency was attended by many Ambassadors. The Governor of Riyadh region was represented by HE Minister Shami Bin Shouaimi.

In his speech, HE Ambassador Tidjani stressed the particularity of this year celebration which took place in a tense socio-political context as Cameroon is facing many challenges:
-by the terrorist group called Boko Haram
-with the refugees and internally displaced persons
-with the violence that rages in the North-West and South-West of the country, the two Anglophone regions out of the ten that count Cameroon, causes by the secessionist fighters. 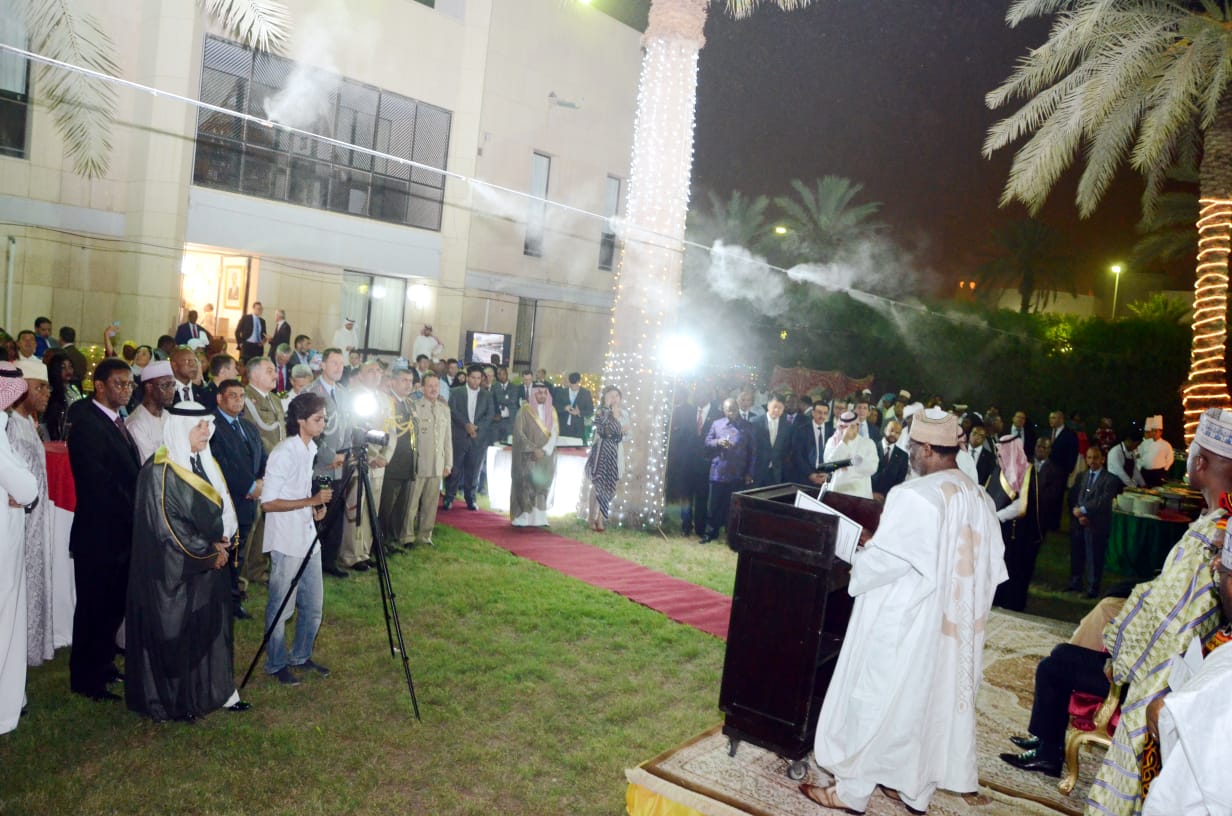 For Ambassador Tidjani, the theme of 2019 National Day focuses on unity in diversity as peace is seriously threatened in our country. So this edition of the National Day once again offered Cameroonians the opportunity to solemnly express their attachment to the unity, peace, and stability to a country firmly committed to the path of emergence.
On its part, the Government responded favorably to all the initial demands of trade unions and had taken salutary measures to peacefully resolve the crisis and promote a return to civil peace.
Despite initiatives of a vast humanitarian plan to meet the needs of the affected people, Cameroon is now facing a humanitarian challenge due to the hosting of close to 1 million refugees and displaced fleeing regional conflicts as from neighbor Central African Republic and from Nigeria because of the havoc rocked by the terrorist group Boko Haram.

The King received those Diplomats on the margins of the 3rd Extraordinary Session of the Islamic Educational Scientific and Cultural Organization (ISESCO) held in Makkah from 9-10 May 2019.
Strengthening and expanding bilateral ties 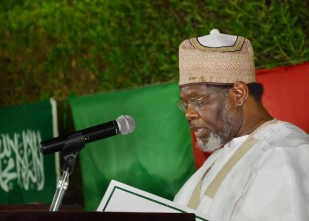 For all these challenges, Cameroon will appreciate the full support of its bilateral and multilateral partners as terrorism and intolerance which became a major global concern can be defeated only through joint actions and resolutions actions by the International community.
The Head Mission took the opportunity to convey Cameroon’s Government thanks to its main international partners whose support has been crucial in the effectiveness of this fight.
For Cameroon, Saudi Arabia is a friend and a major player in international relations, as can be seen from the country’s role in the fight against terrorism. It is also in this context that his Excellency Paul BIYA, President of the Republic of Cameroon received in audience in Yaoundé on November 19th, Mr. Mohammed Bin Abdullah Al-Ayesh, Deputy Minister of Defense of Saudi Arabia. It should be noted that it was also maintained on this occasion with the Cameroonian Minister of Defense. 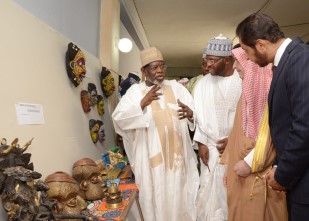 Cameroon’s gratitude was expressed particularly to the Custodian of the Two Holy Mosques, His Royal Highness, King SALMAN bin ABDOUL AZIZ Al SAOUD and to Saudi people for the humanitarian aids which enabled us to welcome refugees and other distressed victims of that conflict with dignity.
Those actions are a testimony of the solid friendship ties existing between our two countries and also it reflects their excellent relationship. Cameroon and Saudi Arabia share similar views on international issues and Cameroon joins the international community to support Saudi Arabia in its effort towards peace in the Middle East and beyond.

Since 1966, the year of establishment of relations between the two countries, these relations have continued to deepen and diversify to the mutual benefit of both peoples. Thanks to the will, repeatedly reaffirmed, of his Excellency Paul BIYA, Head of State of Cameroon and His Majesty King SALMAN and Crown Prince MOHAMED BIN SALMAN, a new step forward was crossed by the signing in 2017 of an air agreement between the two countries in March 2017. Other agreements are being finalized, including the General Cooperation Agreement. 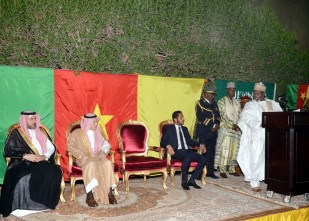 The announcement of the imminent signing of a Memorandum of Understanding on the management of the Tsinga Islamic Complex in Yaoundé, whose extension work was completed recently, is to be welcomed. Also in this register, it is also worth mentioning the inauguration on February 17, 2019 of the Great Mosque of Maroua in Far-North Cameroon, built on a surface of 2700 square meters thanks to the support of Saudi Arabia and which can accommodate up to 5000 faithful and consider as one of the most beautiful achievements in mosque construction in sub-Saharan Africa.

Already in 2013, the Kingdom of Saudi Arabia was illustrated by the construction of an Islamic complex in Babanki in the North-West region of Cameroon; complex that includes within it a primary school, a mosque, and a health center.
Cameroon also expresses its gratitude to the Saudi authorities for sending medical missions every year to its territory. The Cameroonian Government also expresses sincere thanks to the Kingdom of Saudi Arabia for their laudable efforts in favor of the Hadj, both in terms of organization and infrastructure. 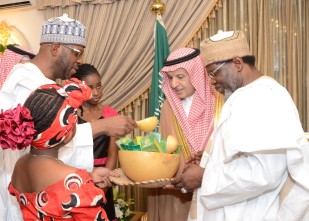 Regarding the economy, the Head of Mission appealed to investment by reiterating the existence of real business opportunities in Cameroon which is eased by the new investment code.

Many highlights punctuated the evening such as the visit of the exhibition booth of art crafts and agro-alimentary goods made in Cameroon, the symbolic cut of the cake with effigies of Cameroon and Saudi Arabia and the handing of a special gift including samples of tea, coffee, and white pepper from Penja was given to the Kingdom representative.
Guests also appreciated Cameroonian dishes as Ndolé, Poissons braisés, Eru and couscous-Gombo. 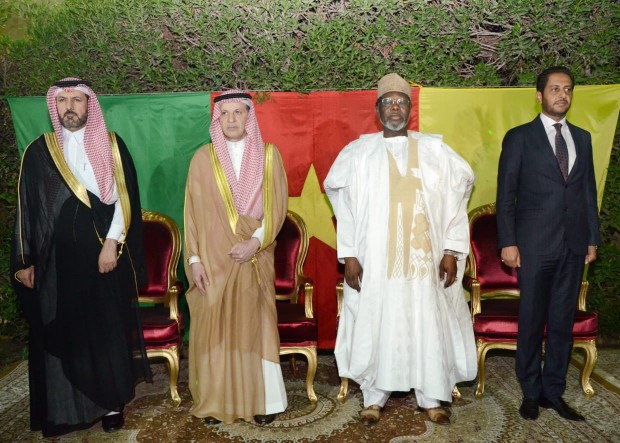