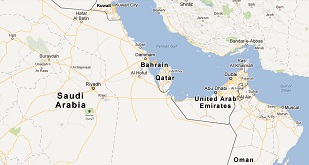 Cameroon Embassy was created on October 6th, 1966. In 1968 a resident Ambassador was appointed in Jeddah, former capital of the Kingdom. The embassy was transferred to Riyadh in 1985.

Relations between Cameroon and Gulf countries

Bahrain ministry of foreign affairs agreed to establishing diplomatic relations with Cameroon on February 27th, 1975. The first nonresident Ambassador to be appointed to Bahrain presented his letter of creances to the Emir Cheikh ISSA IBN SALMAN AL- KHALIFA on April 07, 1981.

The joint communiqué establishing diplomatic relation between Cameroon and United Arab Emirates was published in 24th February 1975. The first Ambassador of Cameroon to the UAE, H.E.M HAMMADOU ALIM, then presented his credentials in 1978.