H.E Iya Tidjani, Cameroon Ambassador to Saudi Arabia, granted audiences to fellow colleagues of Nigeria, Pakistan and Uganda on the 25th, 26th and 29th of September 2013. 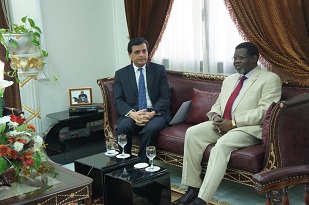 They discussed the candidature of these countries to the post of Deputy Secretary General of the Organisation for Islamic Cooperation (OIC).
The elections for the above post will take place during the 40th session of the Council of Foreign Ministers of OIC scheduled in Guinea Conakry in December 2013. 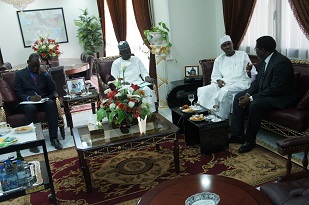