The Cameroon Embassy in Riyadh tribute to Darak’s 17 soldiers

June 21, 2019 at the Cameroon Embassy in Riyadh, Head of Mission HE Iya Tidjani presided over the ceremony of half-masting of the flag, under the leadership of Colonel Abba Tongari and in the presence of all the staff to honour the memory of the 17 soldiers who died on a mission ordered during an attack by the terrorist group Boko Haram against the Darak advanced post in the extreme north on the night of the 09 to June 10, 2019.
During a brief but solemn ceremony, the names of the 17 soldiers were cited and a minute of silence observed. 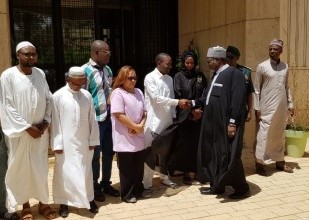 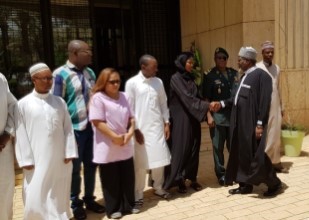